For more information about the game itself, please see the Taito upright version entry. 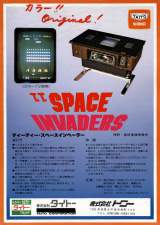