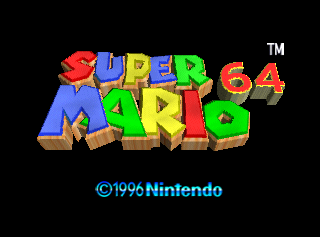 Mario is super in a whole new way! Combining the finest 3-D graphics ever developed for a video game and an explosive sound track, Super Mario 64 becomes a new standard for video games, packed with bruising battles, daunting obstacle courses and underwater adventures, Mario must retrieve the Power Stars from their hidden locations and confront his arch nemesis - The King of the Koopas!

Run freely in a grassy meadow, tip-toe through a gloomy dungeon, climb to the top of a mountain or take a swim in the moat with on-the-fly 3-D rendered game play that delivers the action of ruthless enemy attacks from every angle! Leap head first into a watery painting and soon you'll be searching for the surface in an underwater realm! Find the Caps that give Mario super powers, ponder the mysteries for the pyramid and even race Nokonoko for fabulous prices! The Nintendo 64 Controller, with its analog Control Stick, allows Mario to crawl, kick down obstacles, swim, do reverse flips and even stick the landing on his backwards somersault! Saved information is stored for up to four players in memory. 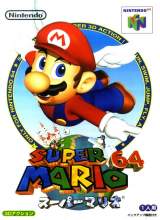