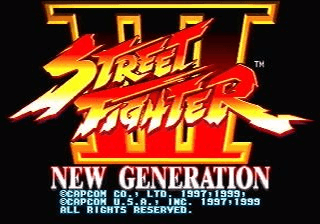 A New Generation of Street Fighters! Features larger characters sprites than previous Street Fighter games with the smoothest, most detailed 2-D animation ever made at the time of its release, a level of quality that is yet to be matched by any other 2-D game outside of the Street Fighter III series as of 2004; some complain that too many things are animated and each animation contains too many frames, slowing down the pace of the game.