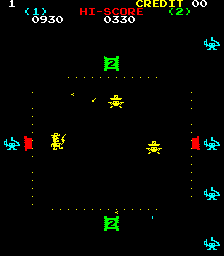 You control a sheriff who has been surrounded by bandits. You can move around in the middle of the screen, and pick off the bandits that have you circled in. The longer you play the quicker they move. Luckily you can move one direction, while firing another. 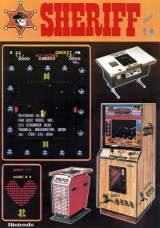