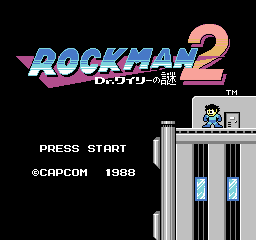 Rockman 2 continues the titular protagonist's battle against the evil Dr. Wily and his rogue robots. The game features graphical and gameplay changes from the first game, many of which have remained throughout the series.