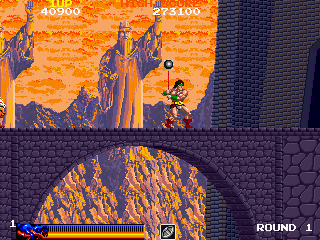 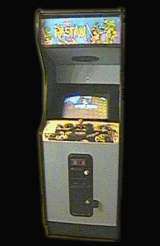 Rastan was released in March 1987. It was originally known in Japan as "Rastan Saga".

This export version has some differences from the original Japanese version:
- In the attract mode, a description of the objects appears instead of the original opening sequence.
- The game is hardest at some points. If you waste too many time without advancing in the stage, 8 bats will attack you (instead of 2 in the original version).
- Also in the original Japanese version, when the player complete a Round, the victory screen has text pertaining to the storyline. In the overseas versions, there is a generic victory screen with generic text (You are a brave warrior for having cleared such a stage).