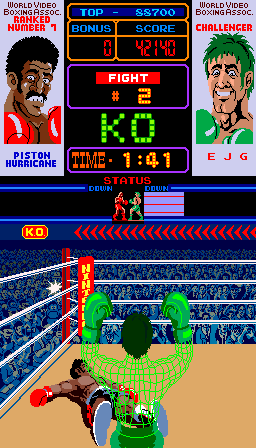 The player assumes the role of a green-haired boxer, who must fight his way through six increasingly larger-than-life boxers to earn the title of 'Champ' in this superb 1-on-1 fighting game.

During matches, the player's boxer is viewed from behind as a wire-frame (so the player's opponent can be seen). Players must time their punches, dodges and blocks in order to defeat the opposing boxer.

The player's opponents are each rendered as humorous cartoon-like caricatures - adding much to the game's atmosphere - and each boxer fights in a slightly different style, forcing players to adapt to their strategy. The top monitor is used for statistics while the bottom one is used to display the actual fight. 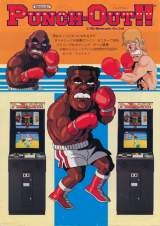