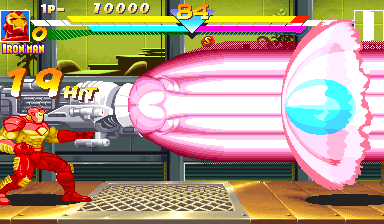 Ten characters straight out of Marvel Comics prove their worthiness to meet Dr. Doom and Thanos. Includes special power-up gems that can be used and acquired during a match.