Link no Bouken - The Legend of Zelda 2 [Model FMC-LNK] 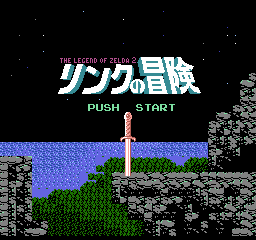 A NEW QUEST FOR LINK
Young Link, the brave lad who bested the evil Ganon and saved the Princess in The Legend of Zelda has come of age. Now taller and stronger, this proud young man must face a new challenge--and an old enemy. Link's arch enemy has returned and cast a sleeping spell on Princess Zelda!

GAME PLAY
As Link, you set out in search of six palaces to find six gems. Return the gems to their rightful places--the foreheads of the stone statues. This helps you to break Ganon's evil spell. It's not an easy task--even for a seasoned fighter like Link. The game has both a vertical and horizontal perspective. The Overworld is much wider and the Underworld full of more mazes, secret places and mystery. Magic power, Life Strength and Money help you. You must travel through desert, forest, swampland and dark tunnels. You will encounter a great number of enemies--all different. Look for useful hidden items in dark caves. Ask for help from friendly townspeople. Ultimately you must face Ganon's wrath. 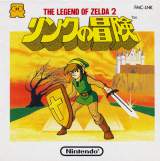