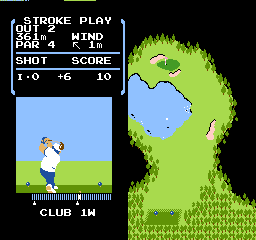 A golf game from Nintendo, where you play as a taller version of Mario through an 18-hole course.

9 of the 18 holes from the game were recreated in 3-D in the Wii Sports Golf game for the Nintendo Wii.