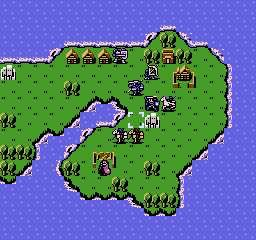 The first installment in the Fire Emblem series. Set on the fictional continent of Archanea, the story follows the tale of Marth, prince of the kingdom of Altea, who is sent on a quest to reclaim his throne after being forced into exile by the evil sorcerer Gharnef and his dark master Medeus, the titular Shadow Dragon. Forming new alliances with neighboring kingdoms, Marth must gather a new army to help him retrieve the sacred sword Falchion and the Fire Emblem shield in order to defeat Gharnef and Medeus and save his kingdom. The gameplay revolves around turn-based battles on grid-based maps, with defeated units being subject to permanent death. 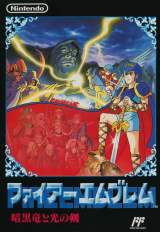