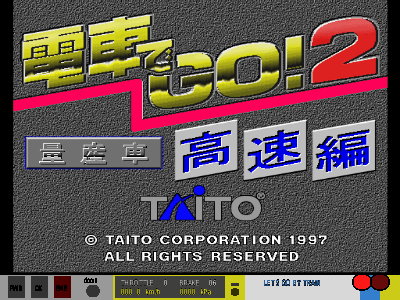 The title translates from Japanese as 'Let's go by Train! 2'.

Note: Hokuetsu Express Hokuhoku Line has been started in 1940 but was stopped by the World War. the line was restarted in 1968. Finally opened in 1997, Densha de GO 2 was released the same time.

* If you stop the train in correct postion, you get 3 point.

* In Keihin-Tohoku Line, when you approach last station, you could use break to get secret points.