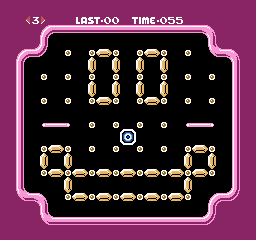 CONSOLES:
Both the NES and FDS versions are unlockable in the Nintendo GameCube title Animal Crossing while the latter was re-titled Clu Clu Land D outside Japan.