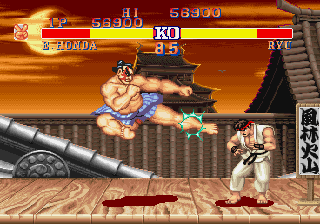 Clear Arcade Mode without continuing to unlock CPU Battle mode for that game. You can view the end credits depending on how many rounds you lost against your opponent.