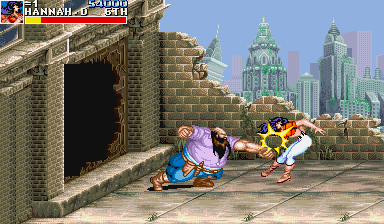 In this 2-D side-scrolling beat'em up, four earth-minded heroes attempt to stop poachers from harming the dinosaur population. Each character has his or her special strengths and abilities.