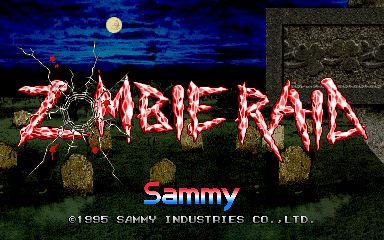 Welcome to the extraordinary world of Zombie Raid. Players use specially designed sawed-off shotguns with pump action reload to fight their way through the graveyard, through castles and dungeons and even through the mad scientist's laboratory. Battle all kinds of ghastly creatures, like zombies and other frightful beings. You may feel like you're lost in a horror movie!

A myriad of secrets have been programmed into the game for added dimension. Can you discover how to get extra life? Can you find a way to escape the forces? Can you defeat the evil? The challenges are endless! 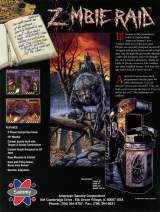