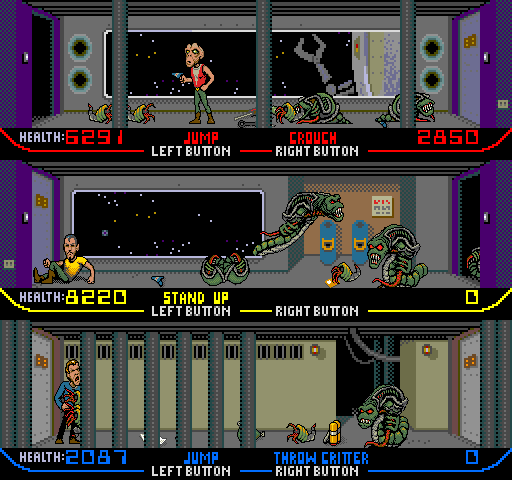 A horizontal monitor is split into three sections, one for each of up to three people. Players wander around a space station shooting as many Ridley-Scott-esque aliens as they can before health or time runs out- then it's off to the next space station. There are multiple weapon types, including a duck gun! 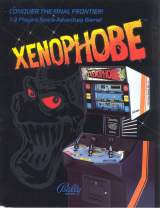