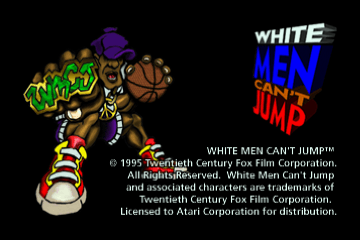 Whatcha got, chump? Are you ready for the most hyped up, monster jammin', bruisin' elbows, rebound snatchin', rim stuffin', skying over suckers, down your throat, money making game of street ball you never thought possible? Well, here it is, in your face, 'n it's time to get it on!

THE STORY OF THE SLAM CITY TOURNAMENT
The SLAM CITY TOURNAMENT's history is long and rich. Originally started back in the early 70's by a group of con men and hustlers as a way to make more money, it has grown into THE premiere street ball event. Everybody who's anybody is there. If you can make it through the tournament, you'll have the most kickin' rep from Venice Beach to Compton, and every asphalt jungle-sandlot-half court in between!

WHERE YOU COME IN
You play the team you choose against other teams out there hustling for the big bucks and bad reps; each trying to raise the $5,000 entry fee to the SLAM CITY TOURNAMENT. In your case, you've had to borrow $500 from the local loan sharks, THE BREAKLEG BROTHERS, in order to start working your way up through the circuit to enter the SLAM CITY TOURNAMENT.

Unfortunately the BREAKLEG BROTHERS, TANGLE and CASH, love their money, but don't care so much about the love of the game. If you can't make it to the Tournament (and win) in 30 games, they'll be back to make you pay one way or another, brother.