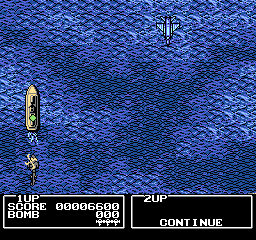 Twin Eagle is a simultaneous two-player action adventure with the continue play feature. Your mission is to avenge your brother's death by advancing through enemy territory and defeating the enemy's fortress.