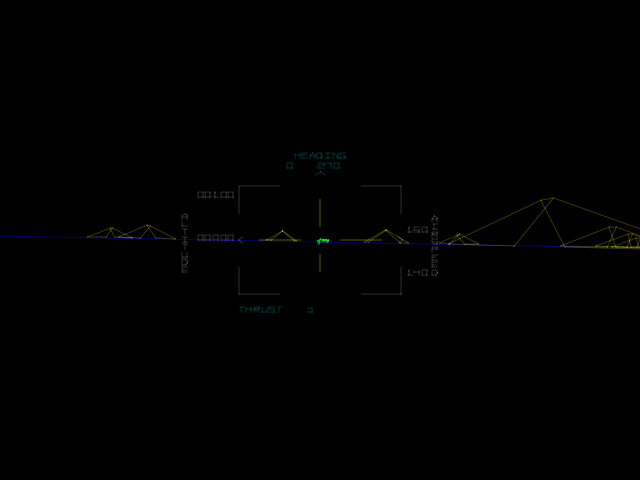 This game was the very last XY Game created at Atari. It was around this time that Atari went 'supernova' but was never finished. By late 1985 Atari had decreed that XY was dead, and despite Jed's demo (which featured two linked TomCats) Jed was unable to get any of the Game Designers interested in working on it. Shortly before the demo, when Jed was costing the hardware, Jed has called American Microsystems Inc. (AMI) to verify the cost of the VG Gate Array. They said that they had contacted someone at Atari and asked him if it was ok if they threw out the tooling for the VG Gate Array and he had said, YES. And no, they didn't remember his name. They were willing to create new tooling for $20K. Jed was planning to investigate using a TMS32010 DSP to replace the AVG State Machine (and the Gate Array along with it), but the handwriting was on the wall so Jed canceled TomCat and accepted Rick's invitation to join the "Hard Drivin'" team.