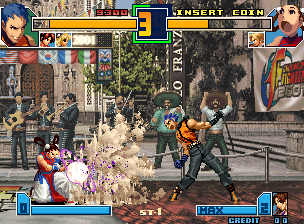 With the largest KOF lineup totaling at 40 characters, newcomers Eolith do a great job at delivering high quality fighting action along with one of the most difficult pairs of bosses in fighting game history!