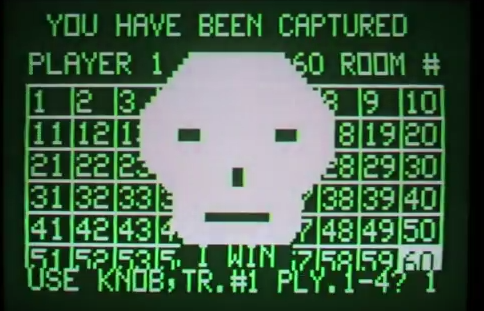 The Mummy's Treasure
Do you like treasure hunts? There are three levels, 180 rooms in total. Can you find the secret passages which lead to the dungeon, then find the treasure room before the mummy finds you? Or will you be carried to a different level by a mysterious force? Each replay is different and exciting!

Galactic War 2002
From your starship you must destroy two types of Klingon space gun implacements as they appear on the planet by firing your missiles. When it is a megaton blaster you must try and avoid his rapidly firing gun. Many options are offered, enabling you to custom arrange the difficulty of play.