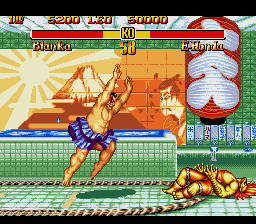 an arcade bootleg/hack of the Japanese Sega MegaDrive version of the game.

The developer/hacker even misspelled 'INSTER COIN' during the demo mode instead of 'INSERT COIN'.