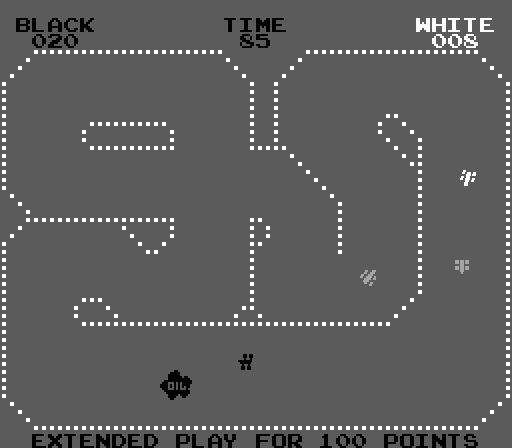 In this game you control a race car on a semi-circular track. You are looking down on the action from above. Your only goal is to drive around the track as many times as possible, and as fast as you can. There will be four cars on the track at all times (the computer lets you know that 'Grey cars drive automatically'). Player one controls the white car, while player two, if present, controls a black car. The game will rate you at the end. You can get rated Granny, Rookie, or Pro, and getting a score over 250 points will extend the game an extra 30 seconds. The game has several different tracks available, and you can select them with a button at the start of a match. The graphics are simple black and white with two shades of gray thrown in for good measure. They are simple, but they get the job done. 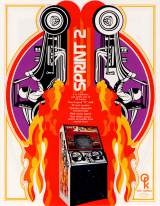