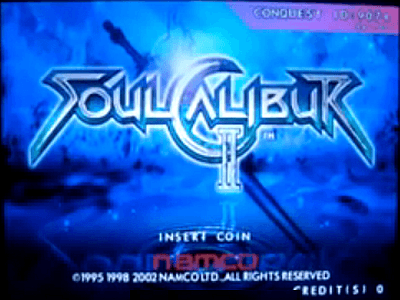 Transcending history, and the world, a tale of souls and swords, eternally retold.

The game is set in the year 1591, four years after the events of Soulcalibur. The wave of slaughters that terrorized Europe reached a sudden end. The knight in azure armor, Nightmare, and his followers were successful in collecting enough souls and were about to start the restoring ceremony on the ruins of the once-proud Ostreinsburg Castle. But just as the ceremony was to start, three young warriors assaulted the castle. After an intense battle Nightmare fell, but then the evil soul inside Soul Edge sent the young warriors into a vortex of hellfire and stood to confront them. As a result of Soul Edge's evil aura, Krita-Yuga revealed its true form: that of the Holy Sword, Soul Calibur. The intense battle ended with the victory of the holy sword, but at the collapse of the vortex of Inferno, both swords along with the azure Nightmare were sucked in a void and expelled in another place. Siegfried, recognizing his sins, set out on a journey of atonement. Still the blade held a strong bond, and every night it took control of the body and took souls of those nearby. The efforts made by the young knight were fruitless, and four years later the Azure Knight Nightmare returned. Around those times various warriors came into contact of the blade's remaining fragments, revealing Soul Edge's ultimate survival after its defeat. Driven either to possess or destroy it, they join a new journey, while Nightmare begins his rampage, seeking souls to restore Soul Edge once again.

This sequal has improved with great graphics and introduces new characters, stages, and music. 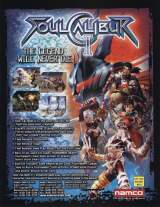