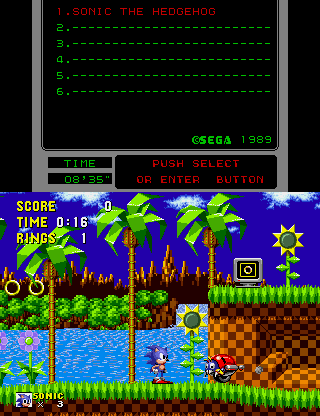 Join Sonic the Hedgehog as he saves and frees his animal friends from Dr. Ivo Robotnik's evil scheme for world conquest.