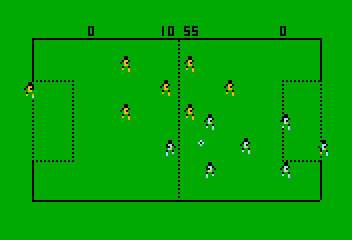 In Shoot Out only 1 soccer player is controlled by each player. Players take turns in kicking the ball at the opponent's goal. The amount of shots is determined before the game starts. One can play against a friend or a computer opponent.