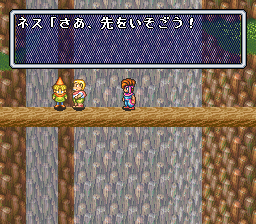 Set in a high fantasy universe, the game follows three heroes as they attempt to prevent an empire from conquering the world with the power of an ancient flying fortress.

Rather than using a turn-based battle system like contemporaneous role-playing games, Seiken Densetsu 2 features real-time battles with a power bar mechanic. The game has a unique Ring Command menu system, which pauses the action and allows the player to make decisions in the middle of battle. An innovative cooperative multiplayer system allows a second or third player to drop in and out of the game at any time. 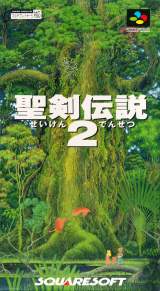