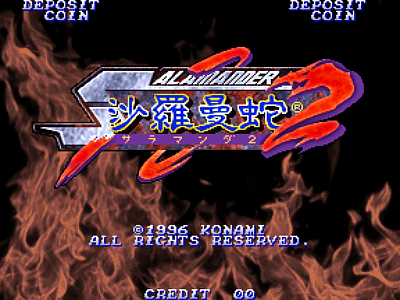 A one or two player shoot-em-up released ten years after the game it sequels, Salamander 2 remains faithful to the superb 1986 original; retaining both the organic look and feel of the graphics, as well as the horizontal and vertically scrolling levels. While the game doesn't break any new ground gameplay-wise, and is little more than a retread of (and tribute to) the original game, what it does it does very well; and the graphics in particular are nothing short of stunning.