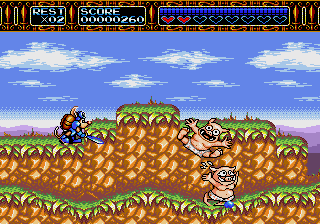 Rocket Knight Adventures is a side-scrolling platformer where its protagonist is Sparkster, an opossum knight who fights an army of robots and pigs, many of whom are piloting various mechanical vehicles. Sparkster is armed with a sword that can project energy over a short distance and a rocket pack that allows him to fly. 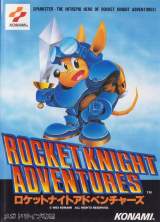