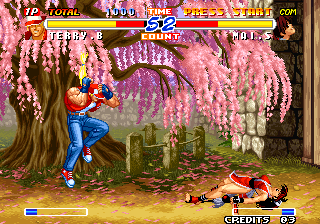 23 of the finest South Town fighters in the 7th installment of this SNK game.