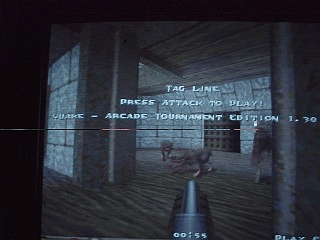 An arcade conversion of the classic 1st person shooter from ID Software. It features special custom weapons, network capabilities for multi-player competitions, death-match stages and special prizes that can be print out like a redemption machine.