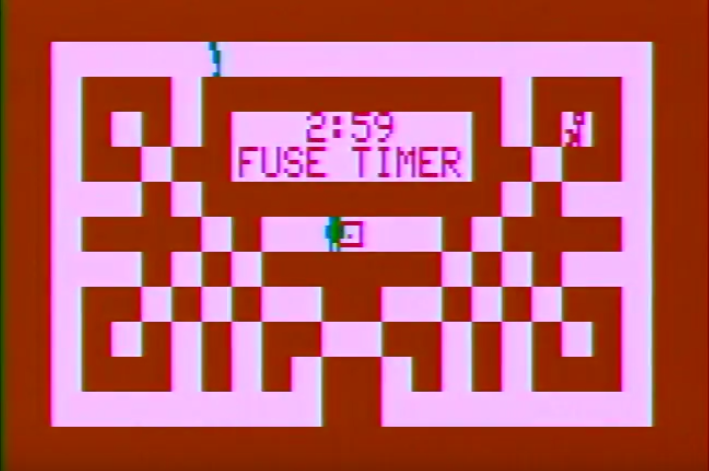 A compilation of 6 games

Smash Up: Plays like the arcade Head On. Your car erases dots, the computer car moves into your lane to hit you.

Landslide: Plays like the coin-op Avalanche. Catch all the rocks and don't drop any. Your basket shrinks and the rocks speeds up. Catch 20 to graduate to the next skill level.

Safe Cracker: Guide your man through the maze with the joystick. Avoid the robot as he's wired to high voltage. Grab up all the keys and cut out trough 4 mazes to the vault. Turn the knob to dial in numbers to open the safe. Clues are given randomly, watch for them. The safe must be open before the 'fuse timer' hits 0 or boom! The bomb is in the safe, 3 numbers open the safe.

U.F.O. Attack: Your knob moves your missile launcher side to side, the trigger shoots and the joystick guides your missiles to the target.