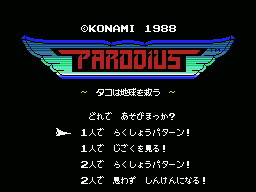 The first game of the famous Parodius series! The gameplay is very similar to the Gradius games, with other aspects from games such as TwinBee. However, the characters are replaced with silly characters taken from either these or other Konami games as well as Japanese culture. The game is composed of six stages (+3 hidden stages) consisting of various obstacles and enemies such as penguins and bees, as well as more traditional Gradius enemies such as moai. As with Gradius, the game utilizes a similar selection-bar based power-up system. 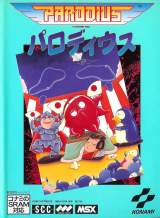