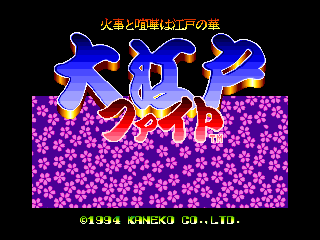 A follow-up to its predecessor, "Fujiyama Buster", this fighting game takes its inspiration from the "Mortal Kombat" series, featuring digitized graphics, blood, gore and finishing moves, but with the same satirical feudal Japanese setting of the previous game. Though superficially similar to "Mortal Kombat," the gameplay still resembles the mechanics set forth by "Street Fighter II", just like "Shogun Warriors".

Nine fighters are selectable in the game, each clearly representing an archetype from Japanese culture, though not as blatant as it was in "Fujiyama Buster".