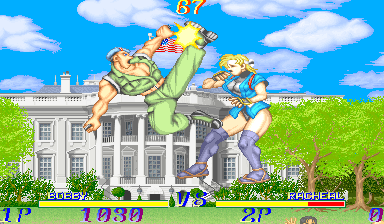 Knock-Out The Competitions! 10 typical fighters battle against each other in a tournament to win the belt of world Martial Champion.