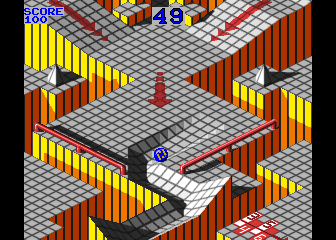 Marble Madness is an abstract maze game for one or two players. The game's goal is to guide a small glass marble over a three-dimensional maze and reach the finish line before the level's timer has expired. Any seconds that remain on the timer when the finish line is crossed are carried over to the next level.

As well as having to negotiate the marble over treacherous walkways and ramps, numerous obstacles and unfriendly creatures will try to slow the marble's progress or knock it over the edge of a platform, wasting yet more precious seconds until a replacement marble appears. The two-player game has players competing to reach the goal first. 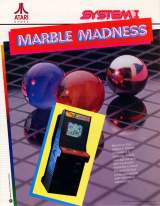