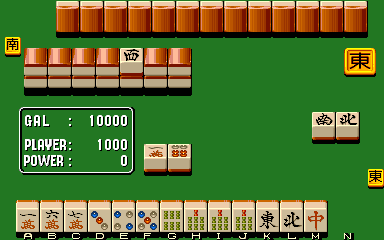 You are a student at the mahjong Academy. See if you can balance tiles in between your fingers, too!