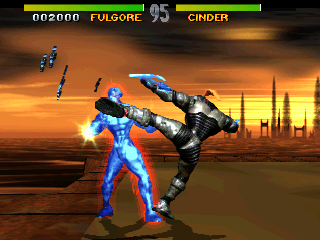 10 genetically engineered fighters engage in 1-on-1 combat in a tournament arranged by the sinister 'Ultratech', the organization behind the genetic creation of the fighters. The tournament soon turns into a battle for survival.

Each player starts the game with 2 energy bars, which represent the amount of health each player has for the entire game. Once the first bar is depleted, the player falls, gets up and starts to use the second energy bar. A voice will subsequently announce either 'Round Two' or 'Killer Instinct!'. The player who wins the first round gets to keep their remaining energy, and still has the second bar to use in future fights. This gives an advantage to the player who wins the first round.

Killer Instinct introduced incredibly complex combos to the fighting genre, as well as including the Fatalities and Humiliations made famous by Midway's "Mortal Kombat" Series. 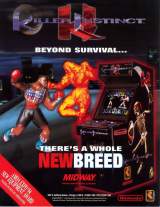