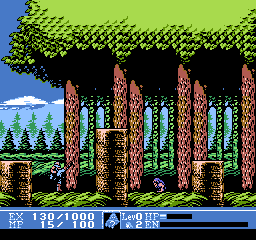 The King and Queen are dead, Princess Silphee kidnapped, and the King's Knights destroyed. Belzed, an evil wizard, wants the Kingdom of Lowrel for his own, and has hidden Silphee deep in his lair. Only Thonolan remains, the youngest, most talented Kick Master ever born. If he were any less powerful, he'd never survive. He must use every ounce of his fighting strength and summon up all of his magical skill to overcome Belzed's army of fanatics. For the adventure of a lifetime - and the salvation of Lowrel - come challenge fate with Thonolan!