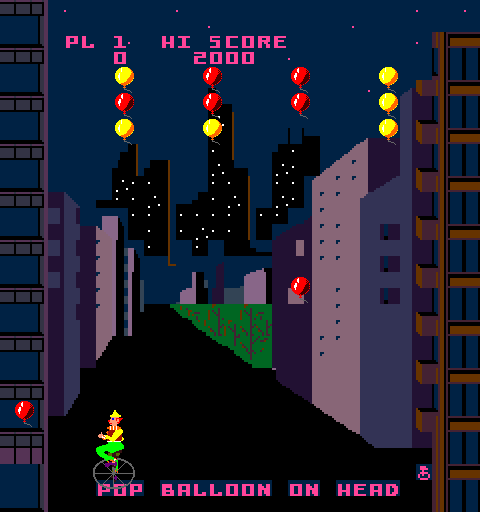 Move a man on a unicycle and catch falling balloons and Pac-Men on your head. Use the Kick button to make the character's legs kick out and knock balloons back up for another try. Balloons stack up eight high and then the man will pop them. Stack Pac-Men for bonus points.