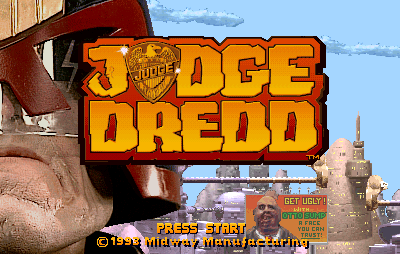 Here comes the judge! A beat-'em-up action based on the comics book of the same name.