Nintendo NES cart. published 32 years ago by SNK of America 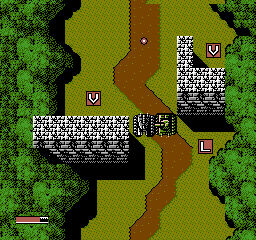 The date: June 5, 1944. The United Forces are preparing for their final assault on the Normandy Coast. The mission: Establish a beachhead, break through the front lines, and infiltrate and destroy enemy headquarters. To spearhead the invasion, they have chosen Paul, from Command Unit 88 - a secret unit known as "Iron Snake."

An experienced combat veteran with special forces training, Paul has been called a Man of Iron. But to succeed in his mission, Paul will need the full firepower of the United Forces' mightiest fighting juggernaut: the Iron Tank!