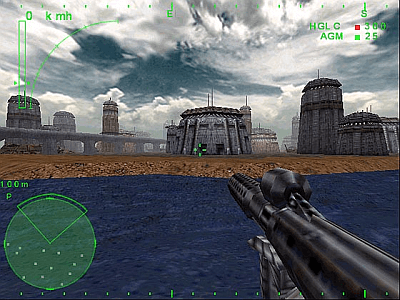 In the 62nd century mankind has reached out to the stars, colonizing planets throughout the galaxy. One of these is Terra Nova, a rebellious colony divided into Northern and Southern factions. These two factions warred with each other for decades. As HG2 begins, an anti-matter device wipes out the city of Peace River, the home of Terra Nova's most prolific weapons manufacturer. Suddenly, the Northern and Southern leagues are forced into an alliance against a common foe : the Earth forces that have returned to reclaim their territory.