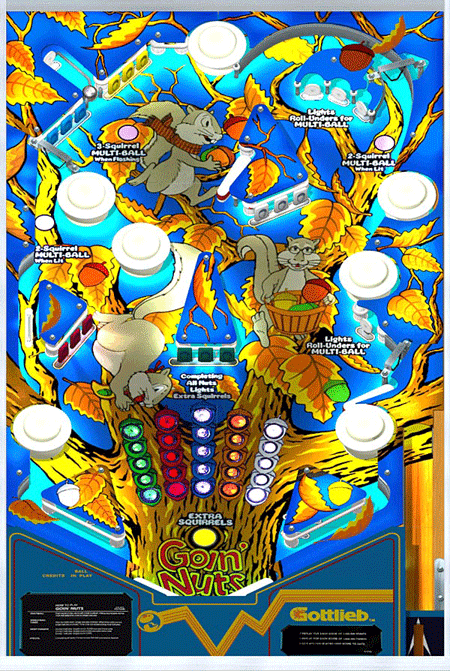 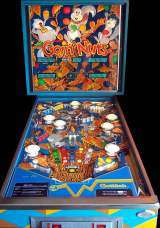 This table never actually made it into production as new management considered wider tables too expensive to mass produce. Only 10 units were made as engineering samples. The unique style of timer based gameplay and the rarity of this table make it a classic collector's item today.

Goin' Nuts is an unique table offering timer based gameplay. When the game begins, three balls, called squirrels, are launched automatically. Each nut target you hit adds 3 seconds to the timer. Your squirrels are collecting nuts. When you lose a squirrel, the remaining two earn two seconds for any nut you hit. Simply put, when you have two or three squirrels running around, collect nuts ans build up that timer. When you only have one squirrel left, your strategy has to change. The objective is to re-launch a multi-squirrel mode before the timer which you have accumulated counts down to zero. Multi-squirrel modes can be re-launched several different ways. When lit, scoring a rollover will re-launch two squirrel mode.