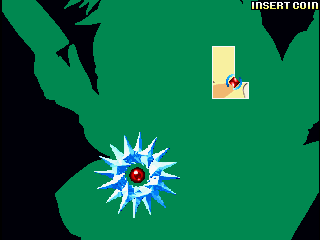 The game begins with a stage select screen. The girls in series fly to the middle of the screen from the four corners until one is selected. Once a stage is selected the object is to cover the colored area of the girl, while avoiding the monsters and their weapons. The stage is completed once 80% of the girl is revealed. At 90% uncovered, the player is treated to the SHOWTIME image of the girl posed in her panties and bra. At 100% revealed, the player is rewarded with the SHOWTIME DX image revealing her in a different pose without her bra. Unlike in previous games in the Gals Panic S series, SHOWTIME DX is a static image and NOT a video clip.