Shot in 16mm, it's got the look and feel of a feature film. The sweeping plot and the complex characters. Dueling Elvises and a bad guy in mittens. And it's got you, Jack Fremont - TV trivia geek with an empty fridge, now regular-guy-turned-spy. Because here's the offer: a chance to save the world...and enough money to pay the rent. Your days of just watching the screen are over, Jack. You've got to observe. Think. Decide. Act. And watch your back - every moment, every move. You've got 24 hours to find the Fox...get free of Frank...blow the whistle on the CIR...blow the cover off the Russian mob...snatch the cash...get the girl...and return the tux. How it all ends - and there are 10 possibilities - is entirely up to you. So you see, it's not just your movie - it's your move. 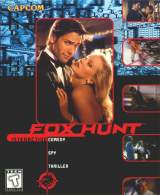