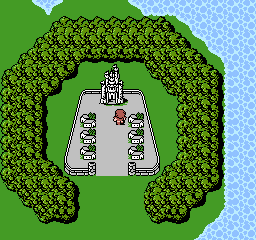 Fantasy role-playing video game. First game in Square's Final Fantasy series. The story follows four youths called the Light Warriors, who each carry one of their world's four elemental crystals which have been darkened by the four Elemental Fiends. Together, they quest to defeat these evil forces, restore light to the crystals, and save their world.