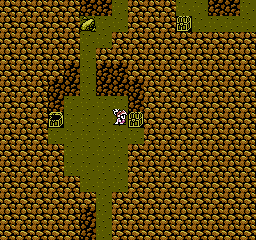 Fantasy role-playing video game. Third installment in the Final Fantasy series. The story revolves around four orphaned youths drawn to a crystal of light. The crystal grants them some of its power, and instructs them to go forth and restore balance to the world. Not knowing what to make of the crystal's pronouncements, but nonetheless recognizing the importance of its words, the four inform their adoptive families of their mission and set out to explore and bring back balance to the world.