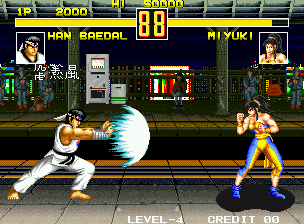 8 initially selectable characters face off to become the Tae Kwon Do master! After defeating the absolutely WACKY Master Taekuk, he becomes selectable as well to face off against end boss Karate Kenji.